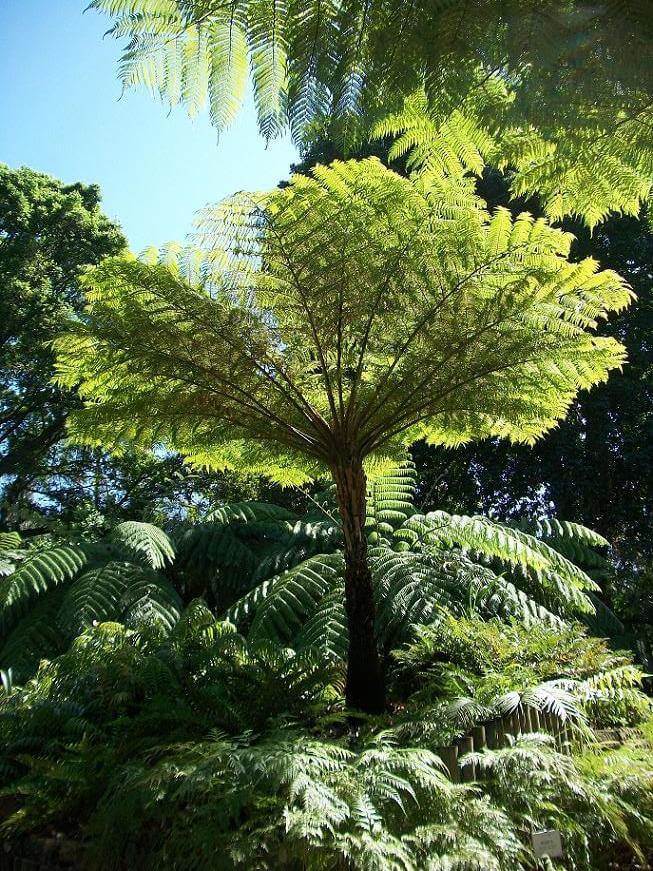 Use mulch to convert a shady area under trees into an eco-friendly forest floor. Mulch will encourage retention of moisture, promote organic soil by providing a base for earthworms and other organisms which in turn will be a source of food for visiting birdlife and so encourage a healthy ecosystem in shady areas under trees.

One can create mulch from Autumn leaves gathered from other areas of the garden, together with good compost and garden waste, which together with the natural fall of leaves from the overarching tree, will form a constant compost layer under trees, and will feed and enrich the soil to create a verdant forest floor. The resourceful gardener could even incorporate other waste into mulch. Instead of discarding old newspapers and old oasis, cut them up finely and dig into the soil to form the basis for the mulch which is so necessary to create rich, organic, moisture-retaining soil in shady areas under trees thus providing a base for colourful indigenous plants to brighten up the forest floor.

South African gardeners have a surprisingly large selection of colourful, indigenous, shade-loving plants from which to choose.

The following three familiar species of ground covers and herbaceous plants are easy to grow and ideal for colour and beauty in shady areas under trees:

Plectranthus flower in Autumn and are are also grown for their pleasing foliage all year round. There are 50 species of the Plectranthus or Spurflowers, with white and pastel blue and purple flowers which are indigenous to South Africa, including ground covers and herbaceous shrubs. South African gardeners enjoy using the Plectranthus for the ease with which they can be used to provide both attractive, thick ground cover and garden shrubs which vary from 30cm to 2m. in height. Plectranthus thrives beautifully in shady areas.

Impatiens are both colourful and useful, as they reseed themselves every year once established in shady moist areas. Impatiens provide colour and beauty, especially around water features and in shady, moist areas under trees.

Several species of Begonia which are indigenous to South Africa are suitable for shady areas. Ask the Stodels consultants for advice.

Bulbs for shaded areas include the familiar indigenous orange, pink and yellow Clivia, The good news for South African gardeners is that there are several less well-known Clivia species with beautiful pink and orange pendant flowers which are ideal for planting in shade under trees. Do request your Stodels consultants for more information.

Equally spectaculour are the Scadoxus or Paintbrush lilies which have striking coral/orange flowers on long stems.

Indigenous Vines which flower attractively include the flowering Ivy which can be grown as a ground cover as well as a climber. Your forest garden also needs Lianas to interlace with tree trunks and branches.

For contrast, use Blue lips which is a liana with attractive blue flowers growing from colourful glossy foliage.

Crassula is an indigenous succulent plant found in forests, which can be used as an attractive ground cover in shady areas. Some species are small rosette plants which will not spread too vigorously and thus can be used effectively with other plants without spreading and covering them.

Streptocarpus is a beautiful companion plant for the Crassula. Also known as the Cape primrose and related to the African violet, with typical purple flowers, many species are perfectly suitable for the shady garden which has cool conditions and good organic soil.

What is a forest without Ferns? Unfortunately our indigenous Tree ferns are endangered, but good local nurserymen are cultivating tree ferns from Australia and New Zealand which will thrive rapidly in a wide variety of growing conditions, including cool, moist, shady areas under trees. Request your Stodels nurserymen to procure these specimens for you to put the finishing touch to your indigenous, lush, shady forest garden

Success in the Shade