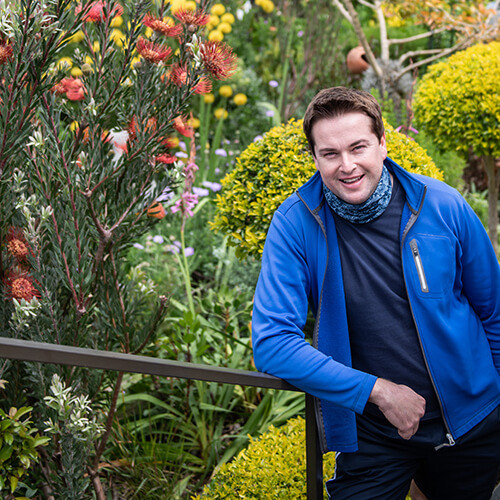 Set against the dramatic mountainous backdrop of Somerset West, with an uninhibited view of the Strand and Gordon’s Bay coastline, Eugene’s small indigenous haven has become an inspiration to his family, friends and neighbours. “Originally there was nothing, just lawn,” remembers this loyal Stodels customer. When he and his partner purchased the property to create a bed and breakfast six years ago, Eugene decided to do away with the lawn and create an indigenous garden with over 60 different protea and fynbos species that would become a haven for local wildlife. 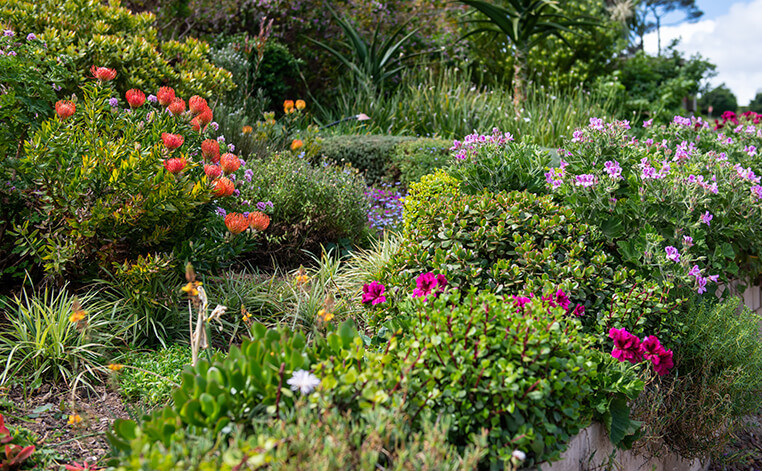 Coming from a family of gardeners, Eugene could handle a hand spade from a young age. He grew up in Johannesburg and honed his gardening skills under the patient guidance of his mother and grandmother. This Somerset West garden is his fourth personal garden and his first in the Western Cape. It wasn’t an overnight success, however. He’s the first to admit that all gardens, and especially this one, are a matter of trial and error. “When the drought came, some plants didn’t make it,” Eugene admits. “Although many varieties in this garden are now drought-resistant, they often need two to three years of babying and regular watering to become established.” 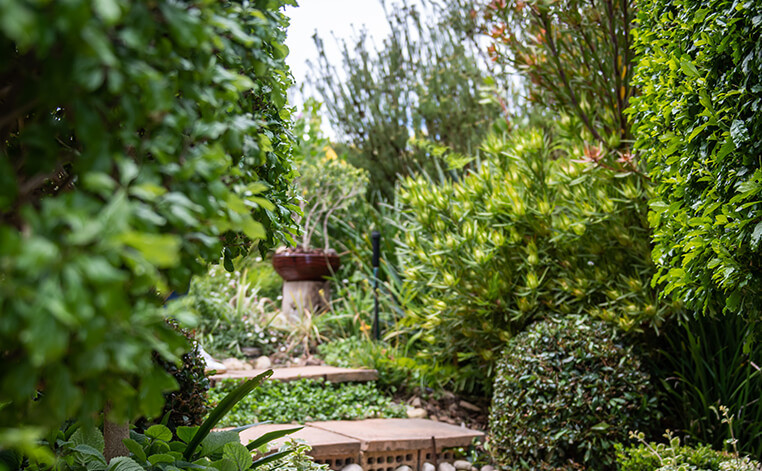 Eugene decided to bring in mulch in the form of wood chips to retain moisture, and he hasn’t looked back. He now only needs to water the garden every three or four days. He’s also adopted a ‘no dig’ policy. “I leave the earthworms to do their thing,” he chuckles. He prefers to go organic as far as possible, making his own solution of pesticide out of dishwashing liquid, garlic and chillies when needed. He also laughingly admits to regularly hunting snails at night by torchlight. 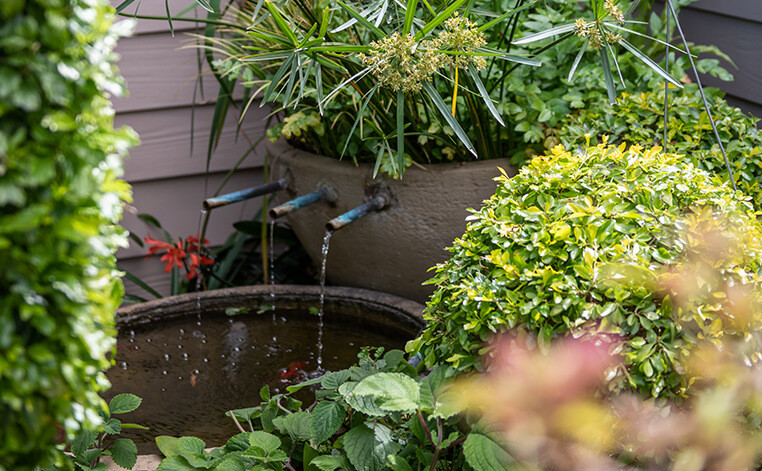 The showpiece of the garden is undeniably the splash of vibrant red, orange and yellow of the pincushion plants. “They’re definitely my favourite,” Eugene says. “They invite sugarbirds and white eyes (another bird species), bumblebees and even chameleons.” He also likes to play with the use of water features, as they provide respite for bees on hot, dry days, and are lovely places for birds to play in the morning. “I often spend my morning standing on the stoep with a cup of coffee, watching the birds fluttering in the water.” 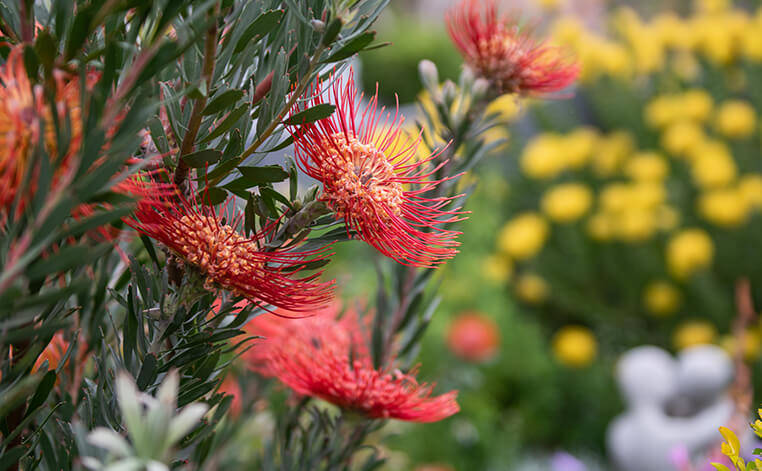 Eugene has a few tried-and-tested tricks and techniques that ensure his garden not only continues to flourish, but also changes and evolves over time:

Looking to create your own indigenous haven? Call one of our experts for a personal garden consultation to discuss plants and styles suited to your garden.

How to grow fynbos

How to grow a clivia plant